Occasionally, I work (or have worked) together with some media and other companies. Here you can see a selection:

Cuina.cat (magazine), with a selection of 10 restaurants in Berlin. 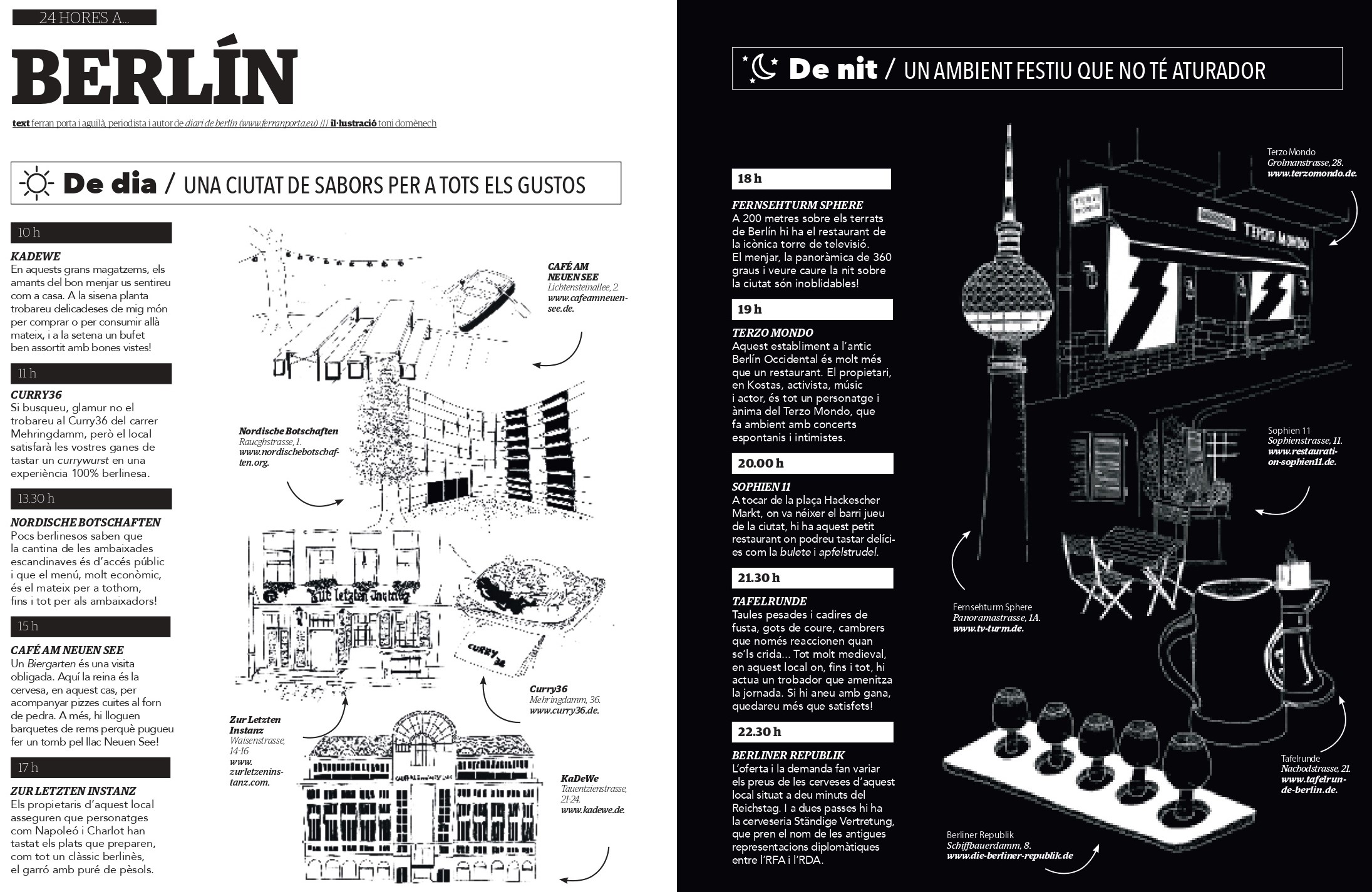 For the company Berlin Capital Office (website), based in the German capital.

I reported for some time for the newspaper La Vanguardia from Berlin.

I wrote about German economy for the magazine Catalunya Empresarial.

For the radio station COM Ràdio, which in 2012 was renamed La Xarxa (Webseite), I was a Berlin correspondent for several years.

For the newspaper El Periódico de Catalunya I reported among others from Haltern 01 and Haltern 02.

And as an interviewee …

… at the Association of Catalan Journalists (here)

In the program “Maneres de Viure” of the radio station La Xarxa.