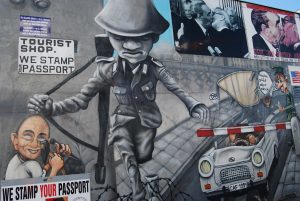 As anyone from Kreuzberg will tell you, this district is not just the coolest in Berlin, but the hippest location in the entire universe. Kreuzberg has long been famed for its diverse cultural life, its experimental alternative lifestyles and the powerful spell it exercises on young people from across Germany. In 2001, Kreuzberg and Friedrichshain were merged to form one administrative borough.

When it comes to club culture, Friedrichshain is now out in front – with southern Friedrichshain particularly ranked as home to the highest density of clubs in the city.

You will find this and more information on visitberlin.de.