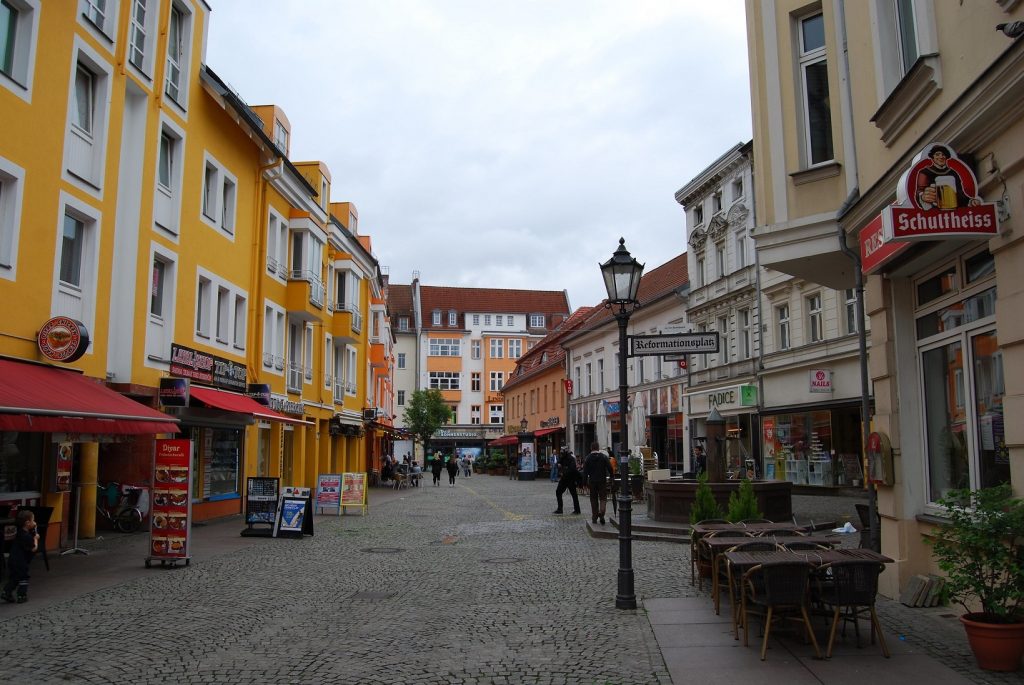 Spandau, one of Berlin’s largest boroughs, has a wealth of history to explore. Its roots go back to the thirteenth century when it was founded as a medieval fortress town. Down the centuries, it has experienced many changes – and the traces are evident everywhere. The Zitadelle Berlin (Citadel), the borough’s most impressive historical monument, is just a few minutes’ walk from Spandau old town.

One of the best preserved Renaissance fortresses in all Europe, the Citadel not only boasts many fascinating treasures. The long bastion walls, up to four metres thick with vaulted corridors, also regularly attract around 10,000 bats for their winter hibernation. Just a few steps further on, you are among the quaint cobbled streets and alleyways of the Kolk quarter, the oldest part of Spandau.

The Marienkirche (Saint Mary’s Church), originally dating from the eighth century, lies among trees set back from the banks of the River Havel. Here, you can also find half-timbered houses and parts of the old city wall.