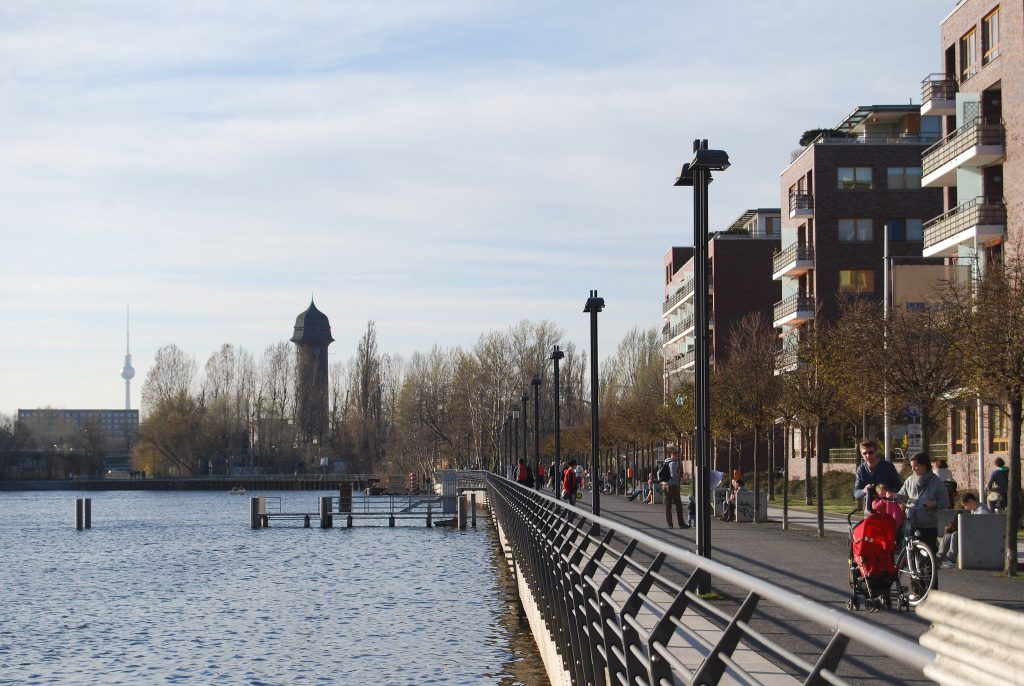 Lichtenberg combines a rural village feel with big city lifestyles – and has a lot to discover. It has always been one of the boroughs at the forefront of developments in Berlin – as is evident from its architecture. With industrial complexes developing around the Rummelsburger Bucht bay and along the River Spree from the mid-nineteenth century, this area was dubbed the Straße der Arbeit (Street of Work). In the 1920s, Lichtenberg attracted many renowned figures from the Neues Bauen architectural movement, including such names as Mies van der Rohe, who designed the Haus Lemke directly on the Obersee lake. Later, in the years of East Germany, the Fennpfuhl district was the site of the first P2 concrete-slab high-rise – a style of apartment block that not only came to characterise Lichtenberg, but many new developments in the GDR.

Lichtenberg also offers many windows on contemporary history. For example, as you stroll across the park-like Friedrichsfelde cemetery, you can find the graves of many prominent twentieth-century figures in Germany. The exhibition at the German-Russian Museum Karlshorst, located at a historic site, showcases the chequered history of German and Russian relations, while the Berlin-Hohenschönhausen Memorial, a former Stasi remand prison, offers fascinating insights into political persecution in the former East Germany.